Happy Sunday, again. Made it through another week, again, with a full moon, woo!

The male goats are in “Rut” which to me means smell really bad and are feelin’ frisky. Apparently they do all sorts of gross stuff to make themselves “attractive” to the female goats, who are grazing in a separate pasture for the time being. One thing they do is pee on themselves. If thats not gross enough, they also pee in their own mouths and on their faces…goats are weird, man.

That goat right there is my homie, he’s from California. He’s a cashmere goat. Pretty creepy looking but has valuable fur, so he’s alright. Yup.

Hm, what else? Well, I’ve been learning to knit, which is a perk of working on farm that raises Fiber Goats. The first week I got here, the farm sent out a batch of unprocessed Cashmere to be spun into yarn by an outside company. It looked like this when we sent it out:

These are the goats which the fiber above came from:

So, my first project was to make felted coasters, which was pretty easy to master but I haven’t finished felting them yet, so I don’t have a picture to show you. My second project was a baby hat, which I made for my dear sailor friend Princess, since she’s having a baby in January. Here’s a picture of that project, which I have since completed an am now moving on to socks, my highest knitting goal while I’m here. 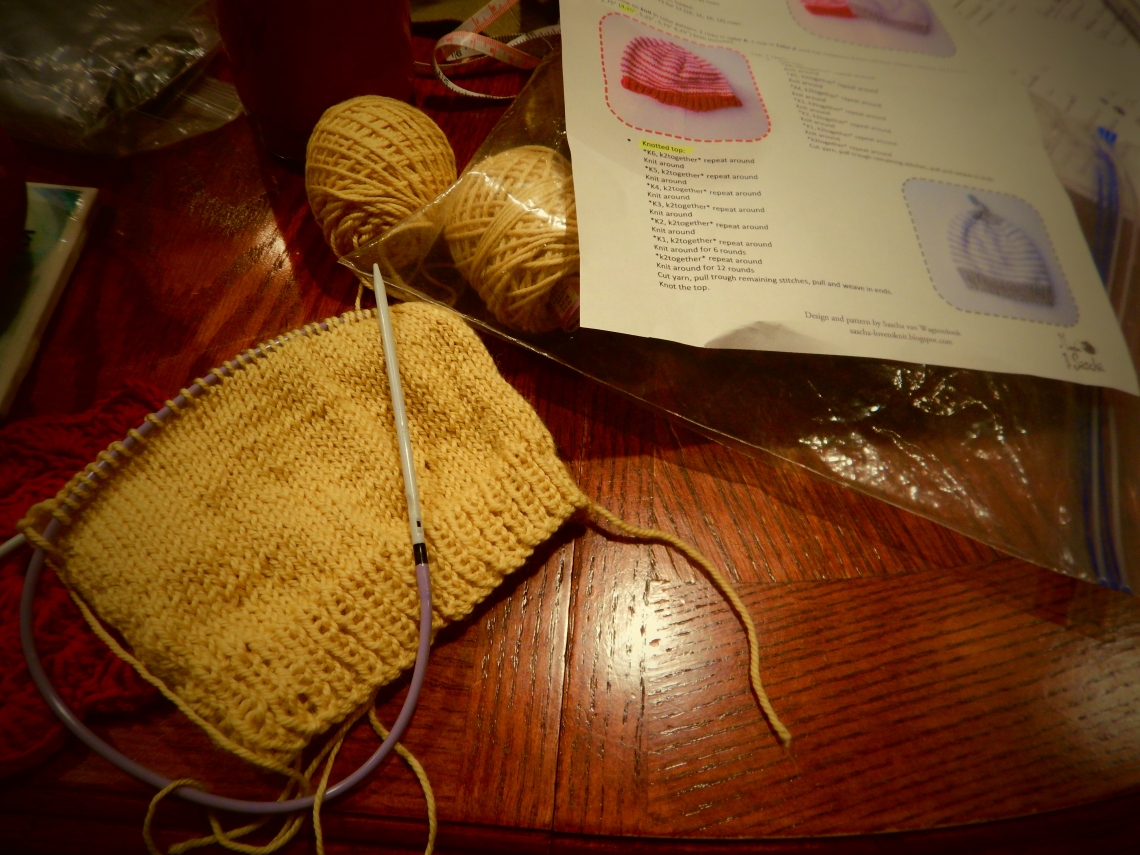 As far as work goes, I have been working on the garden, see below. First I weeded it, which was easy since the weeds weren’t very root-bound, thank stars.

Today I worked on it some more, with the help of the farmers husband, who just got back from a delivery in Texas. (He’s a truck driver and is gone most of the time, much to the displeasure of my hostess).

This is what the garden looks like now, we’re working on the beds.

Other than the garden, I have been working on burning a woodpile, which doesn’t sound very interesting but does require a lot of work, and am almost done with that.

Gotta go, taking advantage of the fire by having a few local homesteaders over and roasting hot-dogs and marshmellers.

Lots of love to everyone still reading this.