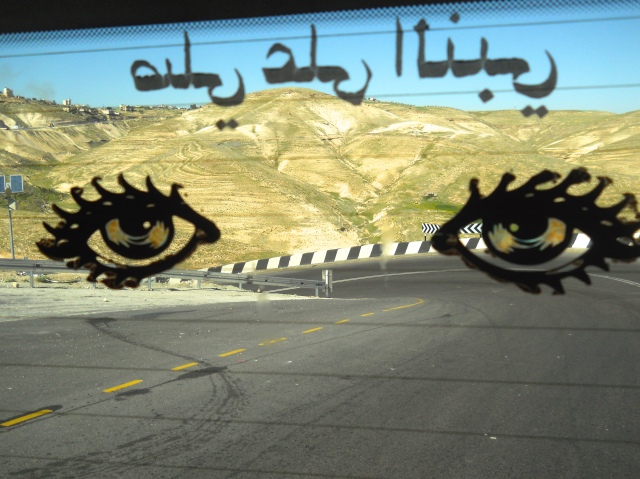 It was March and I had just finished a short trip to Petra, Jordan, where I had visited a woman named Sandra I had met on a bus earlier in my journey. She had instructed me how to get back to Israel, and I was arriving via taxi at the border, heading to what I thought was the North of Israel.

I thanked the taxi driver, saddled my bags, and walked towards the Allenby Bridge border terminal. Everything was unfamiliar because I was in Jordan and spoke no Arabic. I did not realize I was lost at this point. I was just the normal amount of confused, being in a foreign country and not speaking the language.

Once inside, I looked around and was surprised to see in the carpeted waiting room a woman in a hijab, breastfeeding–a sight that was quite unexpected and pleasantly surprising, not in a perverted way, but in an “oh, cool, they can do that here too” sort of way. I was under the impression Muslim women were majorly repressed, but this sight made me think otherwise.

After a bit of waiting, I was ushered over to buy a ticket for a shuttlebus that would bring me across the border. Thats about the time I realized something was amiss.

While I thought I had been at the border between Jordan and Israel in the north, it turns out I was at a different border crossing.

Instead of being in the North, on my way to a farm in Galilee, I was in the middle at the Allenby Bridge, entering the West Bank…which is Palestine…which some people assert no longer exists.

I was a bit off course, to say the least.

Although turning around was an option at that point, I needed to get to Israel eventually for a flight and didn’t really have anyone to turn to in Jordan, so I figured I might as well charge through on the current course. At this point I was in a state of panic, yet remained calm and composed.

Boarding the bus, I looked around at the other 8-10 people and struck up a conversation with Hanan, a woman I had seen at the terminal holding an American passport. Our discussion confirmed we were going to Palestine and that I was lost.

As we crossed a dry, sparsely vegetated no-mans-land, about 20 minutes to the next border, the discussion continued and I met a few more characters including a disgruntled Brazilian man who was going to meet his brother, and a lovely Dutch girl who had been in Jordan painting murals at a refugee camp. 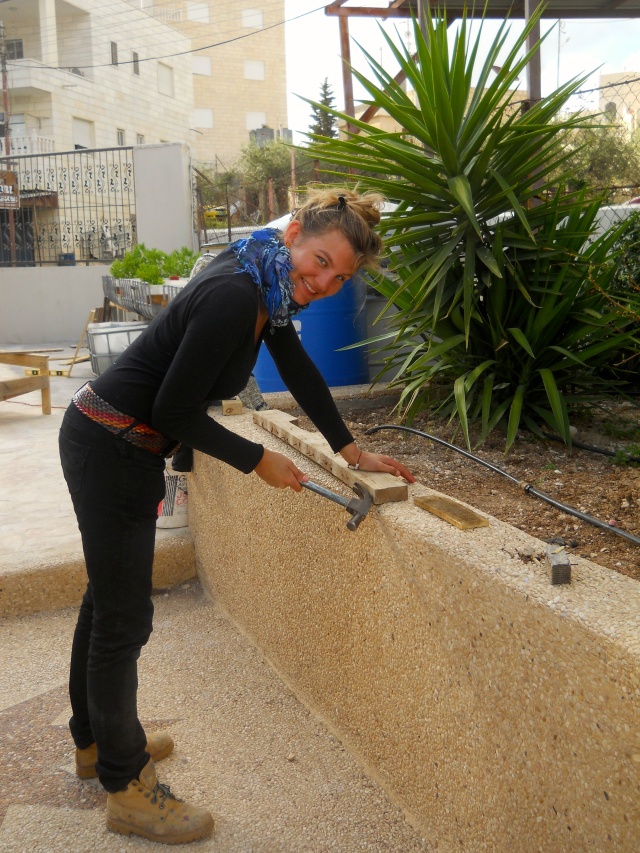 Mette on a later date, so you can put a face to one of the characters

By some random stroke of luck, it turned out that Hanan was on her way to plant olive trees as an act of resistance against Israeli settlers in the West Bank. Hearing my story and finding that I had just completed a some-what brainwashy Birthright program, she invited me to come along and offered to let me stay with her and her parents for a few days, help me see the other side of the story. I was saved!

But what was the next border? Was it Israel, or was it Palestine? I still ask myself this.

If it was Palestine, how come the border patrol officials were Israeli?