As soon as we all unloaded from the bus from Jordan and waited in another line to cross the boarder into The West Bank, I could tell something was up. There was tension in the air as we queued up to have our documents reviewed and to proceed across the boarder. It was taking forever.

A Palestinian man waiting behind me made disgruntled comments about how long it was taking for the officials to review another person’s documents ahead of us. I nodded as if I understood his sentiment, even though at that point I hadn’t witnessed any injustice. Beurocratic processes are notorious for being painfully slow everywhere, I thought, so I wasn’t that disturbed by the hold up. I did notice it was a Palestinian person the man was referring to, but again wasn’t sure if it was a coincidence or discrimination and didn’t have enough experience in the land to pass judgement.

Inching along, I finally made it to the counter to present my documents. The officials were Israeli, I came to find, which is strange since we were entering the West Bank, a Palestinian territory.

Technically the West Bank is part of Israel, so I suppose it makes sense to have Israeli government controlling the boarder, but its still a strange situation if you think about it. Usually when you cross into a country, the officials are of that country. Like I said, the land is technically Israel, but we were passing into Palestinian territory so it would have made sense to have Palestinian officials at the boarder. Just sayin’. Especially since the Allenby Bridge is the only border crossing point Palestinians can use to enter the West Bank.

If a Palestinian travels abroad, they are not permitted to fly to Tel Aviv and enter the West Bank from the Mediterranean Sea side like Israelis and other human beings. They do not have the same privileges. Palestinians are only permitted to pass through the Alleby Bridge, which is only accessible by way of Jordan, so Palestinians are restricted in how they can travel abroad. Its a pain. They cannot go through any other border crossing point from the Jordan side either, which there are two of, one in the South via Eilat, and another in the North near the Sea of Galilee. No, all Palestinians have to come through the Allenby Bridge, where I was at the moment being described.

Its a bit confusing but I digress, when it was my turn to step up to the window and present my documents in order to pass through, I was surprised at the way the officials conducted themselves. There were two officials, young military women. The official took a long time to review my passport, passing it to her colleague and the two of them talking between themselves without cluing me in as I stood there, wondering what the issue was, waiting for further instructions. It wasn’t very human, but I suppose any country could have grumpy, jaded border patrol employees. I wont count that as a strike against Israelis, but its worth noting. They were not friendly.

After deliberating and having another soldier come look over my passport, the officials directed me to a waiting area.  I didn’t know how long I’d have to wait or why. Apparently, I was not in the clear to pass through and I had no idea what made me suspicious. As I sat there waiting for the next step, the seats around me filled with Palestinian families. Eventually, Hanan came to meet me, as she was also sent to the waiting area for further review. I was glad to have met her, otherwise I would have been much more anxious and confused waiting there alone.

It was a half hour before my name was called. I went into an office with an Israeli man who questioned me about what I had been doing in Israel and what I would be doing next. In the end I think the questioning was related to my visa, as my re-entry into the the country from Jordan would result in my visa being extended another 3 months.

Since I already had a plane ticket out of Tel Aviv a few weeks later, it was a non-issue and I was allowed to continue through the boarder. Simple fix.

So I went through, first stopping to confer with Hanan. I told her I’d wait for her on the other side, not knowing how long that would be. And guess how long it ended up being, by the way….

With no clue where I was, no idea where to go, and no gumption to set off on my own, I waited the entire time for Hanan to pass through, even though I barely knew her.

While I waited, I observed the people passing through. I had never been in a Muslim country before, save for Jordan, and was mesmerized by the clothing people wore, especially the women covered head to foot in black, with only slits for their eyes to see. I found it strange, but that’s just the way things are there.

The man was wearing a funny little pillbox hat and a white linen tunic and was very nice to talk to. I sat with him for about two hours as he waited for his party to pass through security and collect their bags, one by one. I asked him about South Africa, the wild animals there (chimpanzees and monkeys, of course). He entertained my chimpanzee fantasies and gave me pointers about good beaches to visit, but I forgot all that information because I didn’t write any of it down. Eventually everyone in his party made it through security and they moseyed along, leaving me with my bags to wait in the figurative dark for Hanan to come through.

It had been several hours already and I was beginning to doubt if she’d make it through. Of course she would, but it was taking so damn long the worries began to creep in. I staved them off as I continued to observe the flow of people coming through.

The second noteworthy thing to happen was among the funniest scenes I’ve witnessed in this life. Funny in a peculiar and irreverent sort of way.

It went like this: I had my big backpacking backpack propped up in a corner and was sitting a bit away from it in observer mode. Then all the sudden a pair of devout looking Muslim folks laid down mats in front of my pack and started bowing to my backpack. Well, actually they were doing their prayer ritual in the direction of Mecca, but it looked like they were bowing to my backpack. I found it very funny and wanted to take a photo, but didn’t because #1 my camera was in my backpack and #2 that would have been oh so rude.

I’ll draw a picture and include it here someday.

Finally, after 7 hours of waiting, Hanan came through. She was surprised and glad that I was still there. It was dark out by that time and we took some sort of bus van out of the terminal to where Hanan’s parents were waiting for us. They had arrived hours before, not expecting to have to wait until 9 pm to pick us up. No one expected it to take that long.

In the drive to Hana’s parents house I gazed out the window into the night as Hanan’s father talked about life in Palestine. I got my first glimpse of the wall and learned that inconvenience and waiting are not at all unfamiliar to Palestinians living in the West Bank under the Israeli occupation, which is what the situation is, I was learning for the first time. 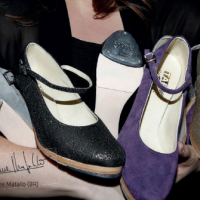