Went back to the beach for the first time in a long time (getting warmer again), which made me wonder, what was I doing at this time last year?

Thanks to this blog, I was able to scroll through my old archives to check. Phew! Guess what I was up to? Hittin’ the beach, same beach. Good to see some things don’t change! I was also fresh on the dancing in the subway scene, getting up early with Martina the Italian Ballerina who now lives in Paris, to dance for 9-5ers en route to work.

Reflecting back, I am happy to see that I am now much more comfortable performing in the subways, and also that I still have a lot of room for improvement.

Once again, apologies for this being all about me, me, me…as quoted before:

“I should not talk so much about myself if there were anybody else whom I knew as well.”

From this thought, I’d like to quickly make a case for the power of writing and encourage anyone that likes to write to keep it up. Personally, I find WordPress to be a pretty good writing platform since it facilitates organization and keeps everything in one place. It’s also nice to be able to reflect back on older writing without having to search through journals, although I do love handwriting and encourage all to partake!

Alright, off the soap box.

Tonight, I went to a puppet show about Chimpanzees. Couldn’t have been much more up my alley.

The show was unlike anything I’ve ever seen before and took place in a small theatre called HERE in what I think is considered SOHO (fancy…fashion…mmm) in Manhattan. Something that I think is neat about this theatre and would like to explore more is that it pays homage to the Lenape people who used to occupy the land where the theatre is situated. More on that later, and more can be found on the theatre’s website in the Mission & Story section.

In regards to the show, it was very simply presented, at first glance. The set was a blank stage, very small. The theatre was small as well, seating about 30 people. It was quite an intimate setting by virtue of it being a small theatre. There were no background decorations in the show, just a black backdrop and unassuming overhead lights to illuminate the stage.

The show began with a large, lifeless, yet life-sized, 3-D cardboard colored chimpanzee figure slumped over on the stage. Before too long, the puppet came to life by the coordinated guidance of three puppeteers dressed in black, one responsible for moving an arm and the torso, one for the head and the other arm, and another for introducing props and moving the legs. They expertly, gracefully, and silently animated the chimpanzee puppet over the course of an hour to tell a story of a chimpanzee who was living in captivity, alone in a cage, remembering happier and freer times through flashbacks. Though there was no dialogue to the show, music, forest and movement sounds, and lighting helped tell the tale.

One of my favorite parts of the show was when the chimpanzee was apparently remembering a time when he or she had been baptized. As the puppet was receiving the sign of the cross, (something I remember from when I was baptized in a hot tub in front of the entire congregation of St. Joseph’s Church in 4th grade), one audience member let out a short and powerful burst of laughter. It was the only vocal sound to come out of the theatre during the whole show (aside from a fragment of a lullaby hummed by one of the puppeteers in a later scene). I found the laughter hilarious and appropriate, especially since I’ve been on a laughing kick lately (re-laughter yoga, will discuss later).

The show was called Chimpanzee and written by Nick Lehane, performed by Rowan Magee, Andy Manjuck, and Emma Wiseman and financially supported by the Jim Hensen Foundation.

Aside from this show, I also wanted to mention another great live performance I saw last week at City Center, a very fancy and much larger venue in Midtown Manhattan. This was the theatre, so ornate and pretty:

The show was part of the NYC Flamenco Festival and starred Spanish Flamenco Dancer Sara Baras, who I coincidentally posted a video about before in my article about percussive dance shoes. She is amazing. See?

I was particularly struck by her performance and the style of dance in general as compared to tap dance, the main type of dance I pay attention to. Compared to tap, what I found refreshing and striking about flamenco and this dancer in particular was the way the performance unabashedly celebrated fierce, bold, sensual, powerful femininity. Plus, the style of music and instruments used (guitar, vocals, drums, harmonica, and saxophone). Tap is certainly used to express a wide range of emotions, musical styles, and ideas these days, but coming from a male dominated history, I have yet to see tap celebrate fierce femininity like this. Get it girl! 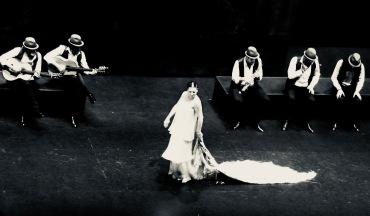 In other news, this year I worked my 3rd year as a Valentine’s Day elf, working freelance at a flower shop for the holiday rush. Whereas the past two years I worked at a Bulgarian owned shop in Manhattan that worked me to the bone for days straight, this year I found a new florist to work for, also Eastern European and crazy, but much more humane. It was a much more pleasant experience. My takeaway from working on Valentine’s Day at a flower shop is that chivalry and romance are not dead, and there are still romantic guys out there that send flowers to their ladies with cheesy notes. Not so many ladies doing that, though they certainly could. Chivalry can go both ways these days.

Here are some photos I took from the flower district in Manhattan, a block dedicated to selling cut flowers and plants to New York City’s many florists and landscapers. When I first came to the city 3 winters ago, I walked up and down that block in search of employment. I was hired at an indoor plant shop but was quickly fired because I lacked the chutzpah for sales. In these photos you will see the longest stemmed roses I’ve ever seen, yellow roses from Salinas, Ca (near where I’m from…exciting!), and some other pretty flowers. Enjoy! Happy Spring! 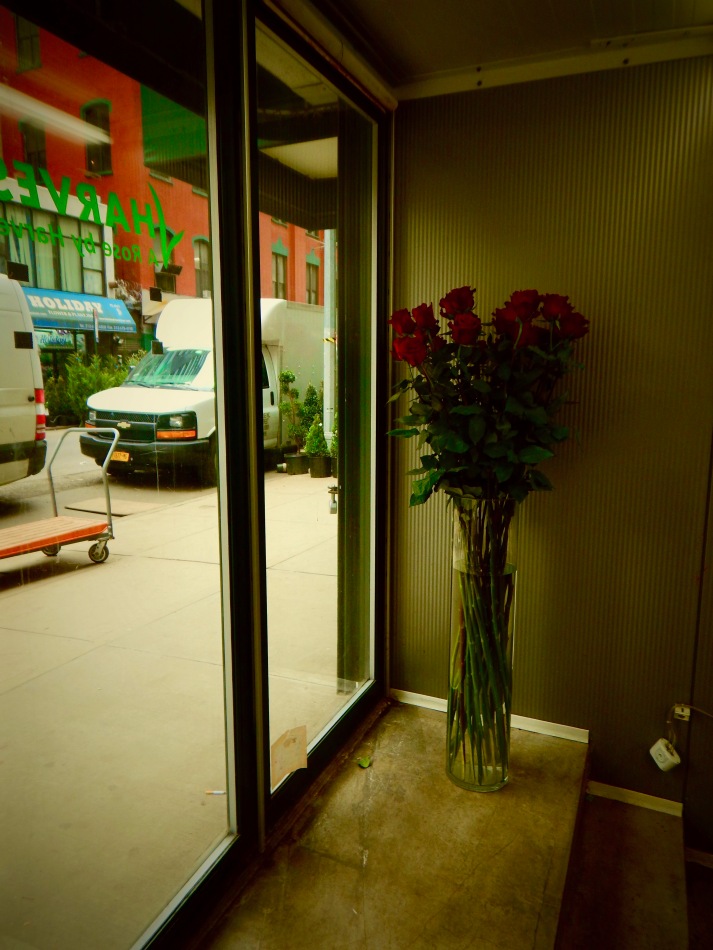 Longest Stem Roses I ever seen

Roses from Salinas, Ca (near my hometown!)

What were you doing this time last year?